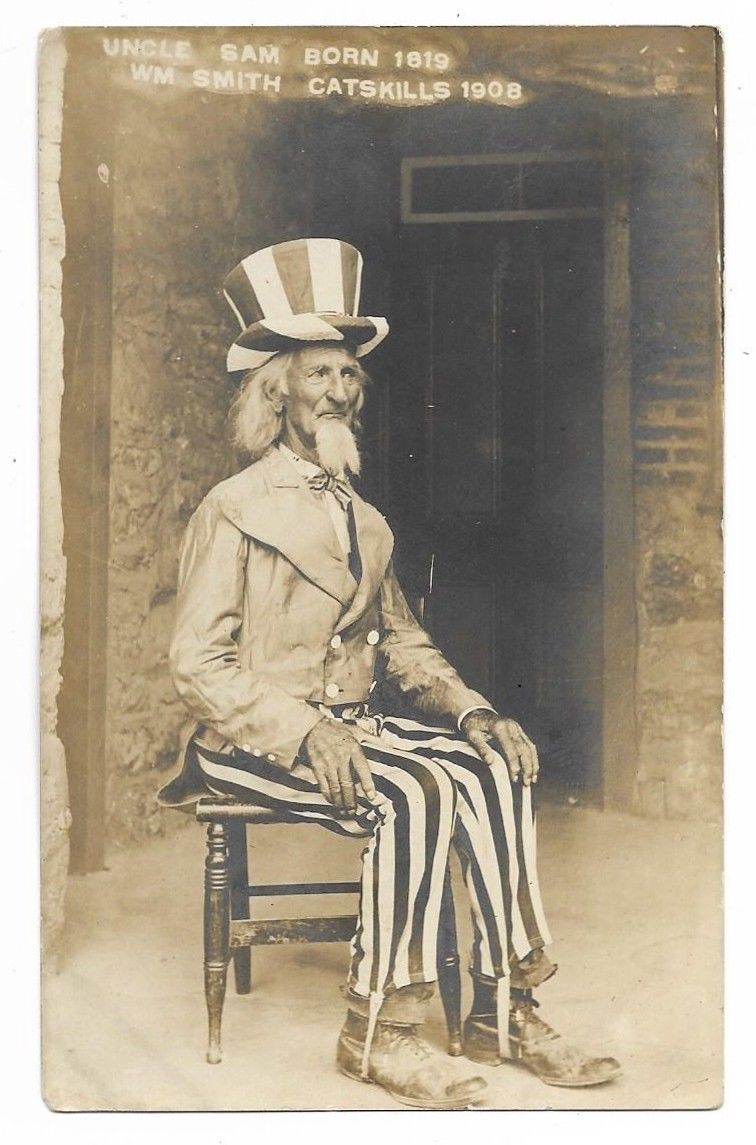 First, William Smith “ Uncle Sam” builds a considerable part of Catskill, New York. Furthermore, he fills an important niche in the history of Catskill. Secondly, William Smith comes to Catskill from South Westerlo around 1820. Thirdly, his last visit to Catskill was during Old Home Week 1908, when he is seen on the streets in his suit of stars and stripes. Finally, he was the original Uncle Sam.

Most notably, he is bordering 90 years of age and sprightly as the average man at 60. Also, in company with his brother, they employ at times 100 masons and carpenters. Ironically, their work is still in as good shape as when first built.

Noteworthy, William Smith “Uncle Sam” dies in Tucson, Arizona Territory in 1910 at the age of 91. Furthermore, he is  reputed to be wealthy, but at the time of his death he is in absolute poverty. Sadly, a subscription gives rise to save his remains from a pauper’s grave.

*In particular, you’ll notice that the person from Catskill, New York is the same 90 year old person who poses for Tucson photographers! Remarkably, he dies, in Tucson, at 91 years old.