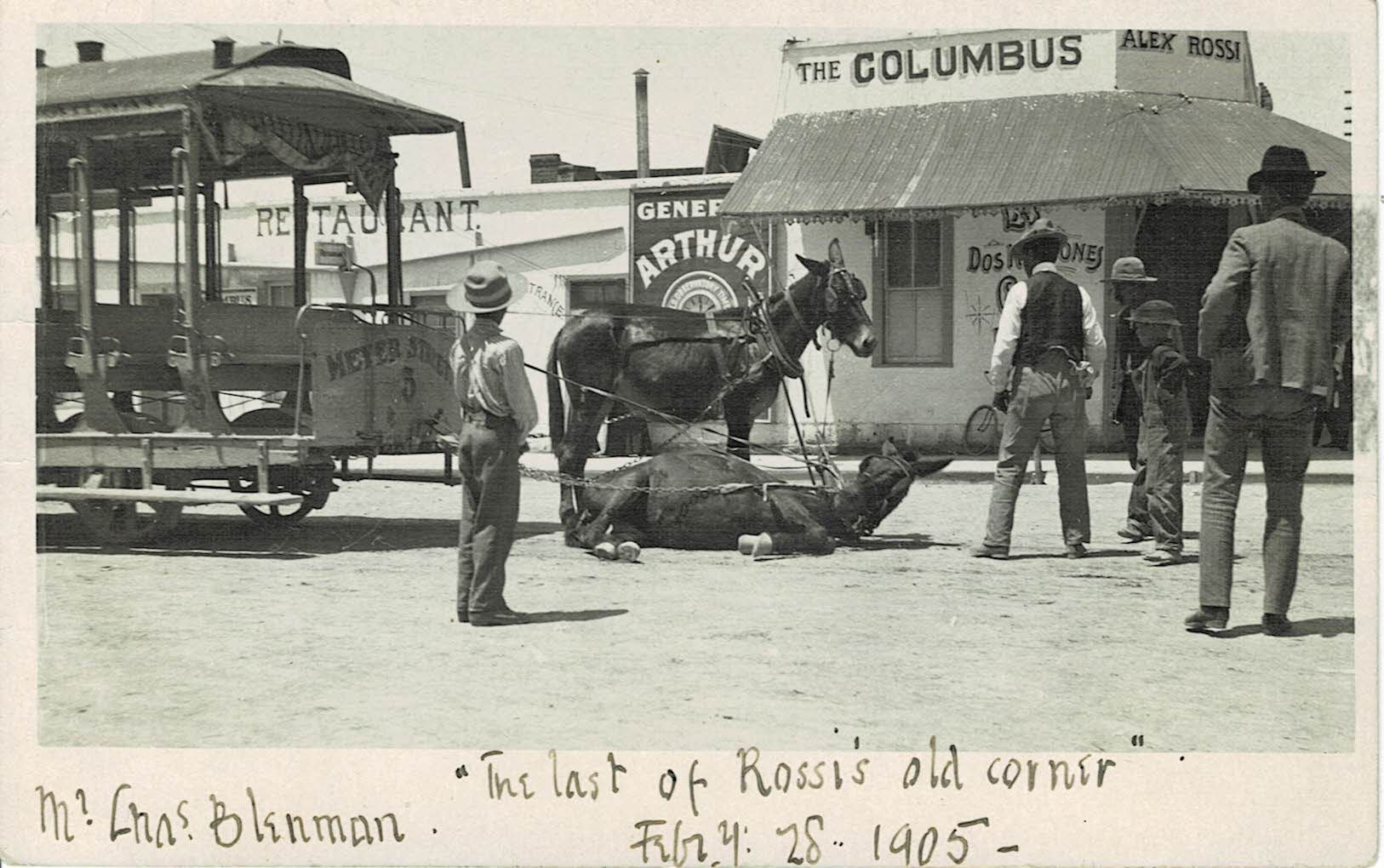 Most notably, this page features an interesting view of life in Tucson Arizona Territory. Correspondingly, this image is originates from 1905. Most importantly, in the center of the photograph are two horses pulling a “modern” street car.  Consequently, one horse is taking a nap, while curious spectators look on.

At the same time, this photograph is rich with details. For example, look at the clothes which the men wear back in 1905. Also, look at the enormity of the building which houses the restaurant. In addition, there is a wonderful Meyer Street #5 trolley which transports people around the Tucson area at the turn of the century. Finally, you can see both Spanish and English advertisements. Similarly, these references show the strong Hispanic population in Tucson, Arizona.

Furthermore, the following is an important chronology of Mr. Rossi’s endeavors. 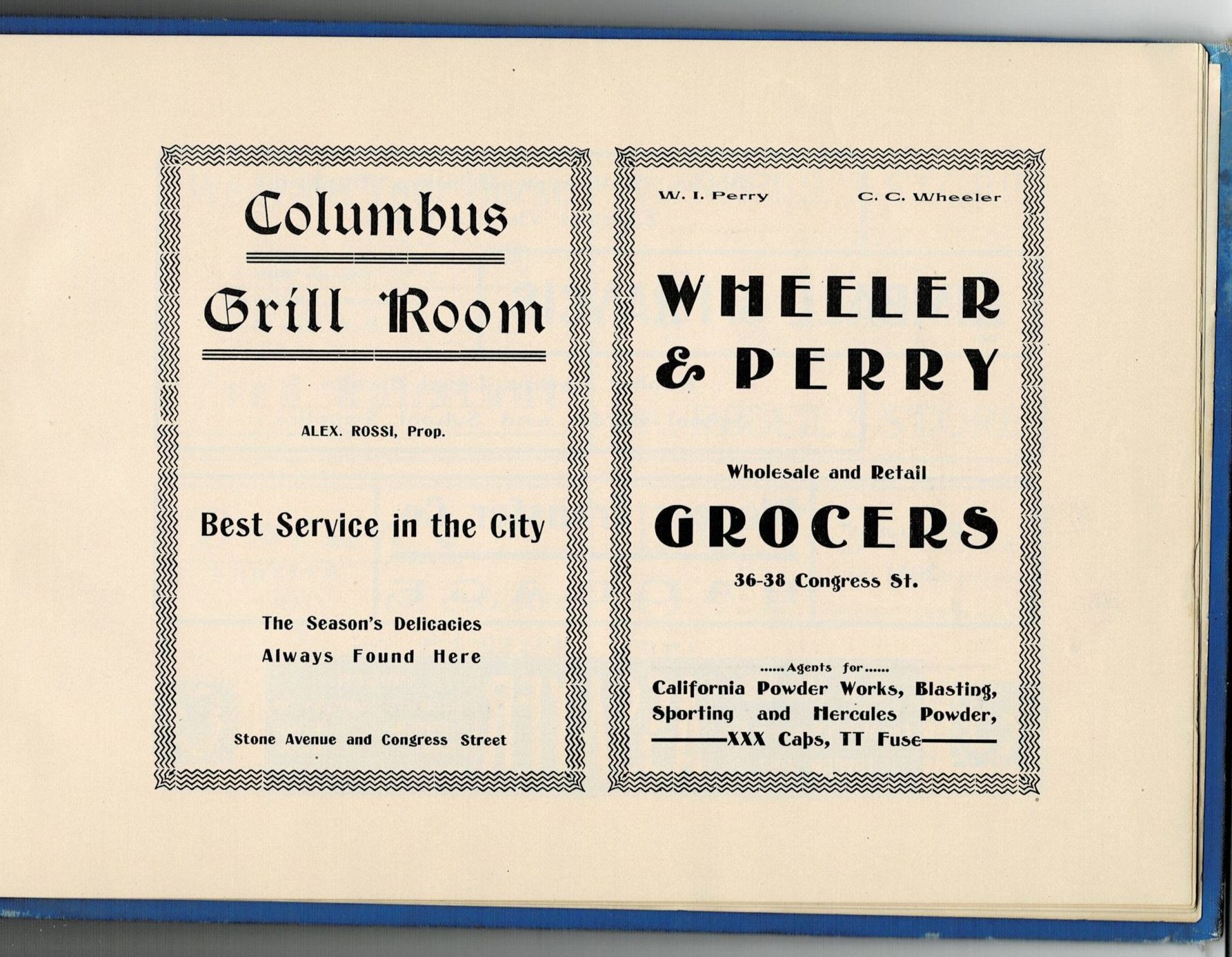 Consequently, after I publish this page, I find this advertisement in a copy of the 1903 University of Arizona Yearbook.